I fell in love in February 2021. Just as dawn was breaking over the landscape of the Pandemic horror. A writers group I'm in (contains a number of chefs and discerning palettes) kept recommending a taco place. Being the know-it-all Taco Maven that I am, I thought they were saying Bea's Tacos. Of course I know Bea's! Al and Bea's? Is it an offshoot of the best bean and cheese burrito place EVER?

Nope not that Bea's. BEES, as in bumble, buzzing, honey bees. Turns out to be an amazing metaphor for a taquero-chef who has a rad bee tattoo on his calf and a whole hive of bees inhabiting the space he chose for his first L.A. Taco venture. The bees bring the magic, make the honey, pollinate the flowers; and so does Alex. 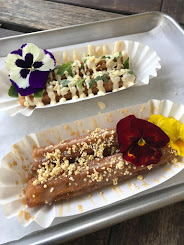 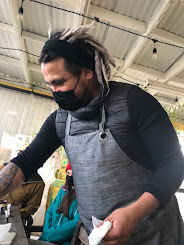 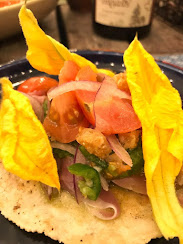 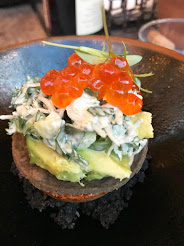 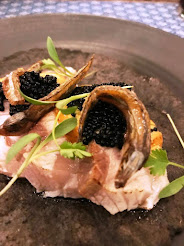 Alex Carrasco is one of a kind: He's funny, friendly, charming, highly skilled, dedicated, spiritual and tireless. When he was invited to attend an Omakase seminar via Zoom last year with a number of famous chefs including Josiah Citrin of Melisse renown, he was humbled to be included. He had to laugh when his virtual background was a graffitied wall and a tiny kitchen inside what looks like a trailer against the stainless steel, fancy kitchens of many of the other participants.

I was excited to try Bee's, especially when my friend Adam said, "He must be a serious chef, his tacos are just too good to be random." Oh he's serious alright. Alex shared part of his journey with us on my first visit to Bee Taqueria. It was a rainy Wednesday. I didn't care. I was going. A few others were able to hop on to the Bee Train. Once I decide I need to try a taco,  nothing will stop me, even in a Pandemic. Thank God his place is outdoors. 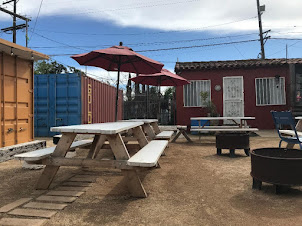 Chef Alex is from Mexico City. He has graced many a venerable L.A. kitchen as a line cook including Osteria Mozza. He was living and working in Vegas when he was offered a chance to helm his own place. What he quickly realized is that he wanted to keep it real, reach the most amount of people at a fair price, and not be in debt up to his ears for the next 5 years. Alex is a guy who follows his heart and his instincts and opening at the end of 2019, before a global crisis struck, made it even smarter that he chose to start small.

He took over an old BBQ joint at the corner of W. Adams and Slauson. It took a bit of work to modernize the kitchen and update the property. Part of that required having a bee whisperer come out to decide what to do about the hive living in a rusted out flagpole, next to the kitchen. Alex decided to ask the bees nicely not to bother his customers and then he planted a bunch of lavender for them and that's how the restaurant got its name! More or less! 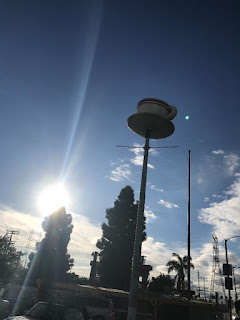 Seriously, I know... enough stories and move on to the tacos already! I will! But part of the taco magic comes from the magic of Alex. It really does. The tacos are great. Try them all! Vegan, non-vegan, try every damn thing and go often. Seriously. That's my review. Even the churros are a work of art. Dreamy, delicious, skinny, crispy, and fresh with innovations like a drizzle of green tea creme anglaise,  wrapped in a shisho leaf with a fresh pansy for garnish?! Yeah, Alex is not effing around. His bright  yellow business card says "chingon" on one side and "El Padre de los Tacos" on the other. I'm thinking of framing it. I want to bee a badass like Alex.

In my "taco" opinion, he's right up there with Taco Maria for innovation and flavor. 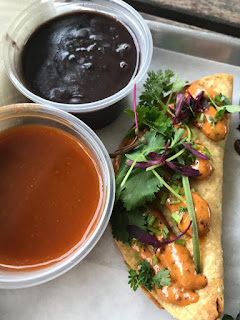 I was all ready to do my blog post back in late February, but then I learned that Alex does a 7-8? course Taco Omakase dinner (by reservation and cash only) for $95 per person. Insanely underpriced for the amount of food, the quality of the food, and the fun conversations you get to have with him. All this while he's serving you plate after plate of astounding seafood and other inspired taco combinations. It really can't be described... I mean... it could be, but better if you go and have the experience. You get to sit at a rustic wooden table next to the kitchen and BYOB. It's MAGIC, puramente mágico! Like wtf, if I didn't take pictures I would maybe think it never happened. Truly. Unlike Father's Office (no burger modifications for 20+ years) Alex will take a few of your limitations into consideration. Just a few, don't go driving him crazy though with a bunch of "Harry met Sally" nonsense! Do you promise? 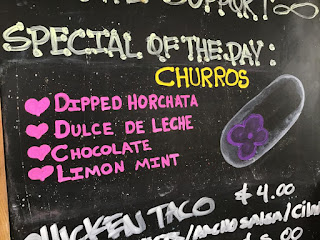 Jonathan Gold (RIP) would have loved Alex and his tacos and would have been championing him via his review outlets. Read this great article by L.A. Taco who wrote about Alex in August of 2019. They give a lot more food detail than I do! Honestly, it's all about Alex. Just trust him. Eat what he says, leave a big tip and go often.

Alex also does private parties for the Omakase. So you can have him come to your house and work his magic in your backyard. It does mean that sometimes he has to close the restaurant while away for one of these events, but hopefully with the pandemic lifting he will have more customers, more help and can really find his bee wings and fly high in the sky over L.A. 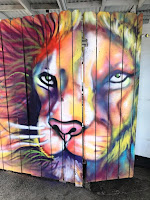 See All Our Taco Videos 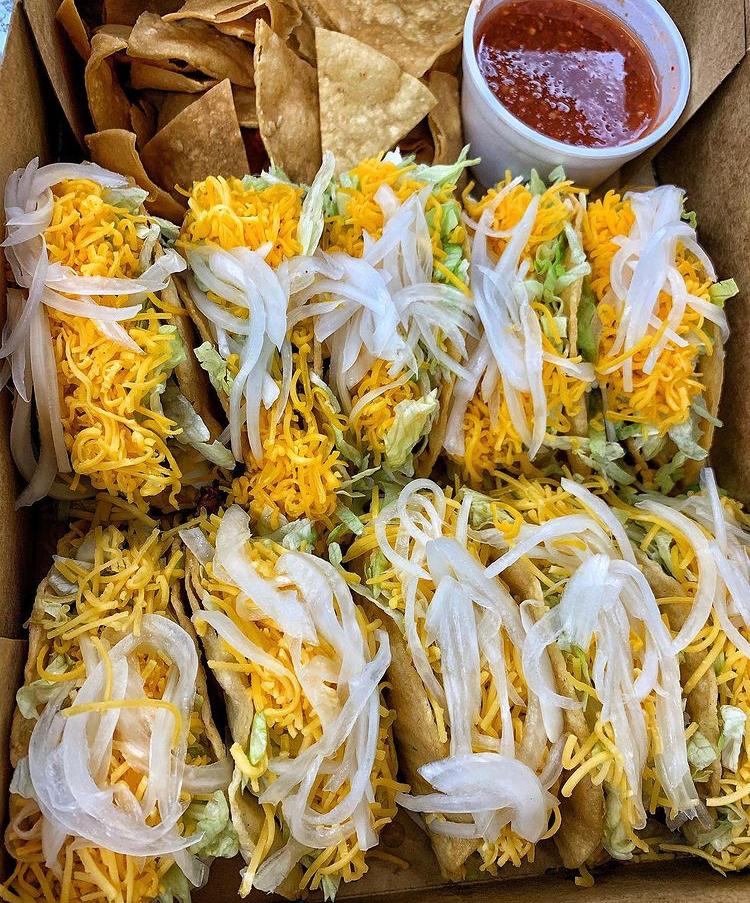 Listen to All 32 Episodes of Taco Talk